The first thing we ask a potential new producer is the number of pigs they slaughter a week. We know that this will often tell us more about the producer, their philosophy, and the quality of their product, than any other question.

So when Alan Molinari told us his family slaughters up to 10 pigs a week, this was a good sign. This is a tiny number when we think that, in the UK, around 10 million pigs are slaughtered a year. Like so many of our producers, the Molinaris do the slaughtering themselves in their own abattoir in Zuglio, 20kms from the Austrian/ Friuli border. They keep their own pigs in the fields around the production kitchen where their abattoir is, and at their refuge or malga, in the Carnia alps. They also buy from a local farmer whose pigs they have worked with for many years. These animals travel local distances, from a few meters to 40 minutes down the mountain, and always arrive at Zuglio the night before they are slaughtered, so that they are calm and settle in to this new environment. This is crucial not just in terms of respecting these animals, but also to the quality of the meat. Stressed pigs at slaughter have lost glycogen in their muscles due to tension, so it won’t convert to essential, flavour-giving lactic acid post-slaughter. Meat low in lactic acid will not have the flavour, tenderness and rich colour it should have; it will become acidic and vulnerable to spoilage bacteric. In extreme cases—crumbly, pale and flaccid— it is unusable. In the US, meat of this kind (PSE meat) costs the industry around $200million a year in wastage.

In the UK the tradition of small-scale animal slaughter that our Italian producers sustain has all but disappeared. Many people blame EU laws for forcing the closure of local abattoirs meaning that animals have to be driven many miles to be slaughtered. But in reality this is due mainly to commercial forces that have steadily changed the structure of our meat industry. The number of local butchers has gone from 30,000 to 6,000 in just 20 years, with the supermarkets now controlling 85% of meat sales. The disappearance of small-scale abattoirs is directly linked to the rapid fall in the number of local butchers who used them. It is a privilege to work with producers like Alan who still uphold the traditional frameworks of ethical slaughter. 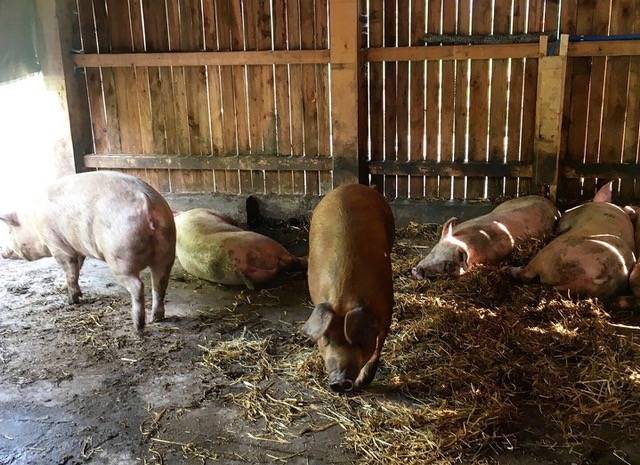 The Molinari pigs live around the family's malga, or refuge in the mountains, or in the fields around their kitchen in Zuglio.

In the Molinari kitchen, the conversation about slaughter continues: for Alan, it doesn’t end with impeccable standards and local food systems. The importance of slaughter extends to what happens to the animal immediately after it has become a carcass.

Unusually, the Molinari pigs are all worked ‘a caldo’—which means still warm. Alan insists this is the secret to the quality of their salumi. And the secret is in the enzymes. The moment a pig is slaughtered, the control systems in the cells stop functioning and enzymes begin attacking other cell molecules indiscriminately — turning large flavourless molecules into smaller, flavourful ‘fragments’, making the meat taste even better. Chilling massively inhibits this process so no Molinari carcass is ever refrigerated. Every animal is killed, butchered and processed—whether that is for prosciutto, coppa, pancetta filettata—within a single day. The figure of 10 pigs is important because it is the maximum that the family can work in this way. 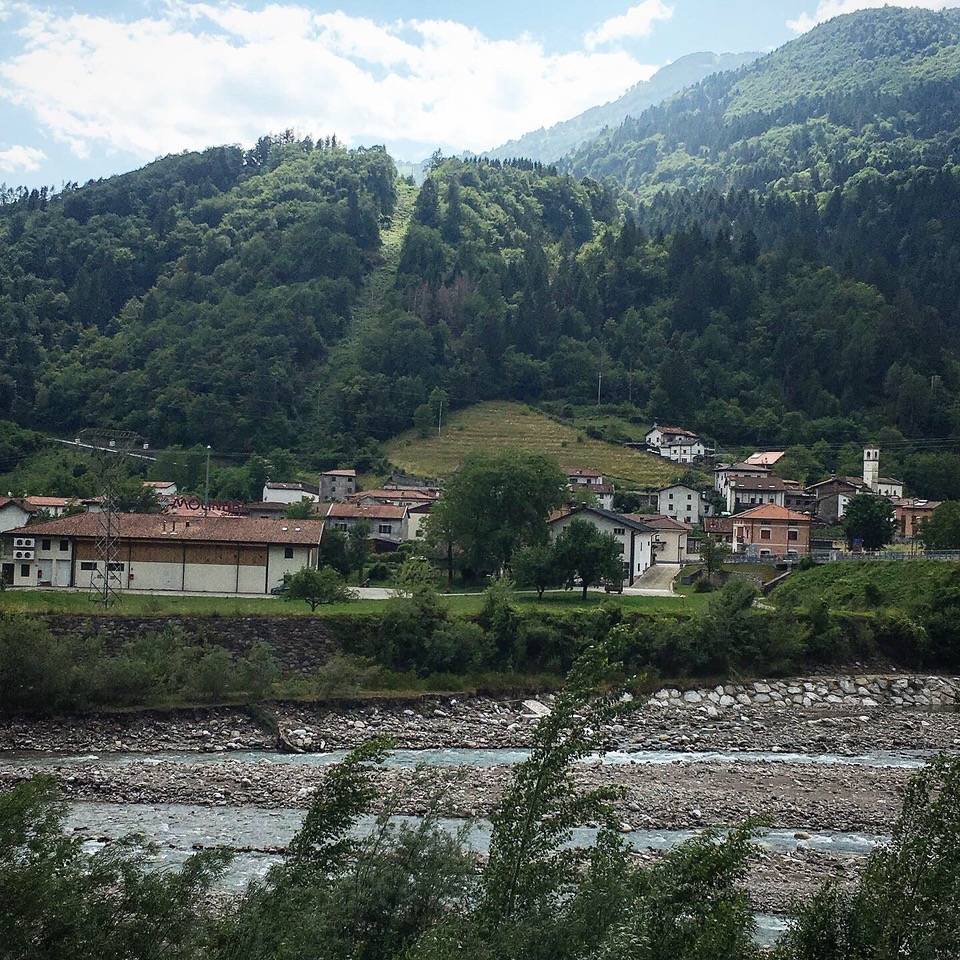 The Molinari kitchen in Zuglio, 20km from the Austria/Friuli border.

At the end of this first day the salumi are smoked according to the tradition of the area: this is characterised by the use of pino mugo, a creeping, high-altitude mountain pine, which grows around their malga in the mountains. In the time of Alan’s grandfather young pine buds were added to a heavy iron pot filled with water, juniper and rosemary. This was hung over a fire and, as the water evaporated, the essence of these aromatics mixed with the smoke going up the chimney and into his curing room. Today small branches of pine are added to the fire of chestnut and beech chippings to create a sweet, gentle seasoning.

Alan is sending us Prosciutto (smoked for 5 days and aged for 2 years), Ossocollo (their name for coppa that is smoked for 2 days), Salame, Pancetta Filletata and Pindules. Pancetta Filettata is the pork fillet, a cut that’s typically too precious to cure, that is rolled up inside the pancetta and cured for 8 months. Pindules are lean, salted strips of pork fillet that, historically, would have been made with mutton or goat; with its origins in economy and necessity. The death of an animal would have been an economic loss to its shepherd; curing its meat was a way of recovering that loss. Seasoned with garlic, rosemary and bay, Pindules are not unlike biltong in appearance, although softer in texture, and possibly the ultimate drinking snack. 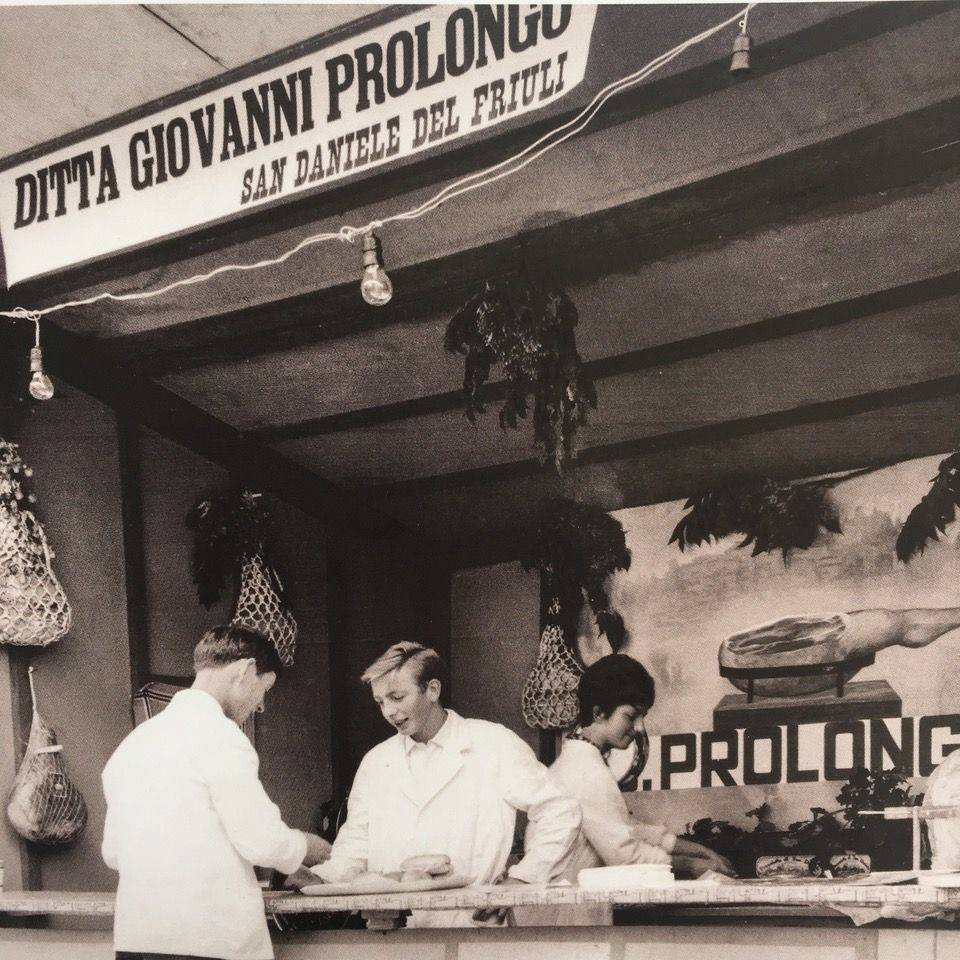 Alessio and Ariana Prolongo's father, Lucio, at the family shop in the 1960s.

San Daniele is a town of just 8000 people; but a town which, every year, produces an impressive 2.5 million hams. It sits halfway between the Carnic Alps (where Alan is) and the Adriatic and is bathed in the cool river air from the Tagliamento. These factors make it perfect for curing prosciutti but from among these 2.5 million it has taken a while (5 years...) to find an exceptional one.

Ariana and Alessio Prolongo continue a family tradition begun by their grandfather in the 1950s, and are our new San Daniele supplier. They work exclusively with the natural environment to mature their hams. All thighs are individually massaged by hand to assess how much salt each will need and all are pressed slowly by the layering of hams on top of each other between wooden boards. They are dried naturally in a large unconditioned room, where the action of the wind through unpaned windows and permeable brickwork is the only regulator. Here the hams are aged for up to 18 months.

Based just outside the town walls their production is relatively small for San Daniele, limited to 7000 hams a year by lack of space and also by the desire to keep artisan elements in their production from the salagione e massagio (salting and massage) to the toellatura (trimming) and stuccatura (larding the cut surface). Their ham is a worthy addition to our range. 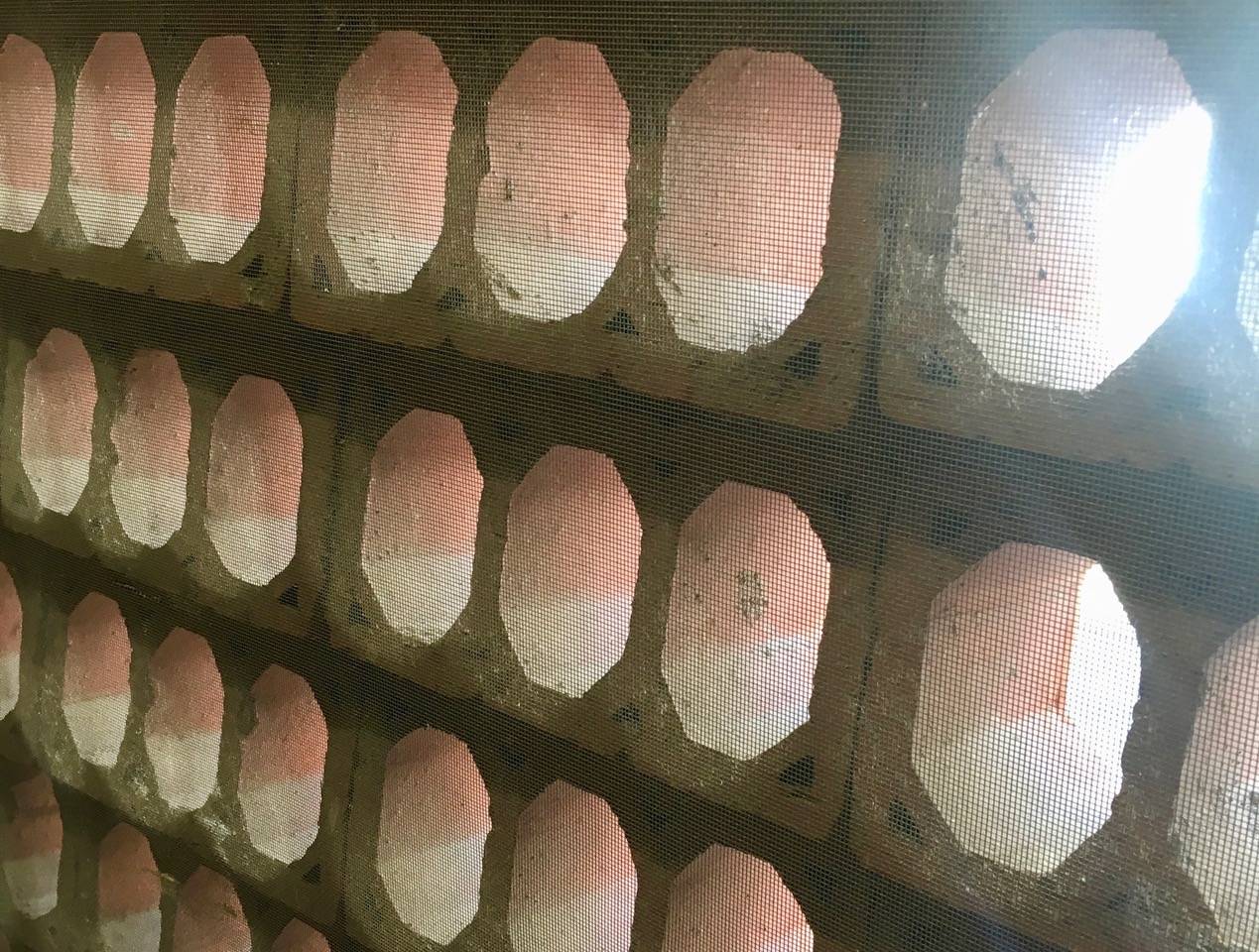 Permeable brickwork in the Prolongo drying room regulates the environment naturally (harnessing the wind) with no other temperature control.