A True Story Of The Fake Black Olive

Once harvested, the olives, which have been picked unripe and bright green, are introduced to a solution of lye and water. Lye, or sodium hydrochloride (caustic soda) is also known for its role in solvents and paint-strippers, and less commonly, for dissolving human tissue. Its role in olive curing is not entirely dissimilar: after 24 hours in the solution the unripe olive will have been aggressively softened or ‘ripened’ to the point of edibility. It will also have turned a deep black: a colour we associate with ripeness but which is here achieved by oxidation: thanks to the oxygen which is bubbled through the solution.

The olive is now washed, ferrous gluconate is added to set its homogenous black colour, and the olives are canned and brined. Finally, they’re cooked, because the anaerobic environment in that can is perfect for botulism. Now they’re ready for us to eat: the ‘ripe’ black olive which, thanks to California, could be responsible for destroying our ancient relationship with one of the world’s most extraordinary fruits.

This is the true story of the fake black olive: the olive that looks out at us from the top of your pizza; from the supermarket shelf, the olive with the texture of a rubber tyre and which sometimes, will taste of soap. Or perhaps we should say: the former olive. Because these olives are finally, at the end of their entirely disenchanting treatment process, effectively dead. They’ve been pasteurised, and all of their extraordinary nutritional value, their flavour and, not to mention their meaning, has been lost. And although these are the worst of the bunch, even many artisanal olives, black or green, are cured in lye and pasteurised. We worked with a very good, small Italian co-op years back, and only a tiny fraction of their small production was without lye. They were very surprised we wanted brine only. After all, brine olives are murkier in colour, and don’t look so ‘appetising’ in the way we’ve been conditioned to think. No bright greens. No deep blacks. A very bright green olive has likely not just been cured in lye but spiked with chlorophyll, too.

Yet olives don’t need to be this way. The difference between raw and pasteurised; between brine or salt or water and the chemical lye is little known, but significant on all levels. And that difference can be vast, as we’ve discovered since we began working with Maxime Correard in the Drôme Provençale five years ago. Since then, we’ve not been able to add another olive to our portfolio: because we’ve never found one to rival his black Nyons olives. 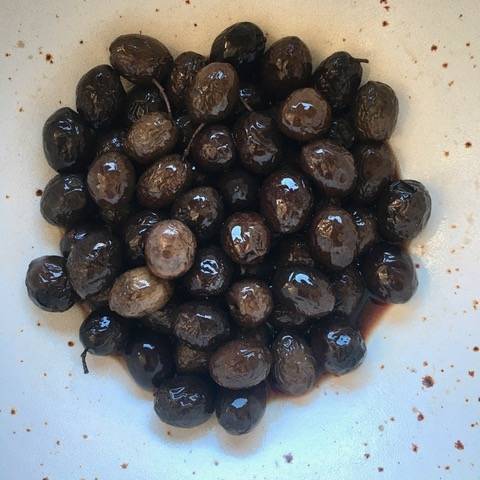 Our Nyons olives are characteristically wrinkled, a sign of low water content, and rather than a pure black, a colour known as 'monks habit' — produced by anthocyanins which develop in the mature fruit.

Maxime Correard grows the true black olive: a green olive which has darkened on the tree. He has olive and apricot orchards near Nyons: a reminder that this olive is, after all, a drupe fruit like an apricot, or a peach (with a stone, that contains its seed). When it tastes at its best the olive will, like a peach or an apricot, have been harvested at fullest possible ripeness for ample pulp and sugars and when pressed lightly, will emit some juice.

Many of Maxime’s trees unusually survived the great Nyons frosts of 1956, which decimated the area and nearly destroyed thousands of years of production here, dating back to 4th century BC. The very oldest, living wild trees here are documented at around 1000 years old, but Maxime’s oldest still date to around 100 years, making for deep root systems, deep mineral uptake, deep flavour. The variety here is the tanche (protected with France’s oldest AOC as the ‘olive noire de Nyons’), the hardiest varietal of them all and growing here in the most northerly region for olive growing in the world. It not just stands up to, but needs, the first frosts. By December, the olive oil harvest will be done, but Maxime’s table olives remain on the tree until they become flushed with the anthocyanins which develop in response to cold weather, and the olives reach their characteristic colour: not a true black but what is known in the region as ‘monk’s habit’. Unlike the artificial ‘black’ olive this is a pigmentation which, just as found in the purplish flesh of a blood orange, actively contributes flavour to the fruit. It is responsible for the tanche’s particular bitter fruitiness: notes of cacao and red berries.

With the first frosts the fruits begin to dehydrate, developing characteristic wrinkles that will look imperfect to a supermarket buyer but to Maxime signal the best fruit: those with the lowest water content, and therefore the most concentrated flavour and sweetness. According to the Olive Noire de Nyons AOC, a true Nyons olive harvest should be at minimum 60% wrinkled fruit. 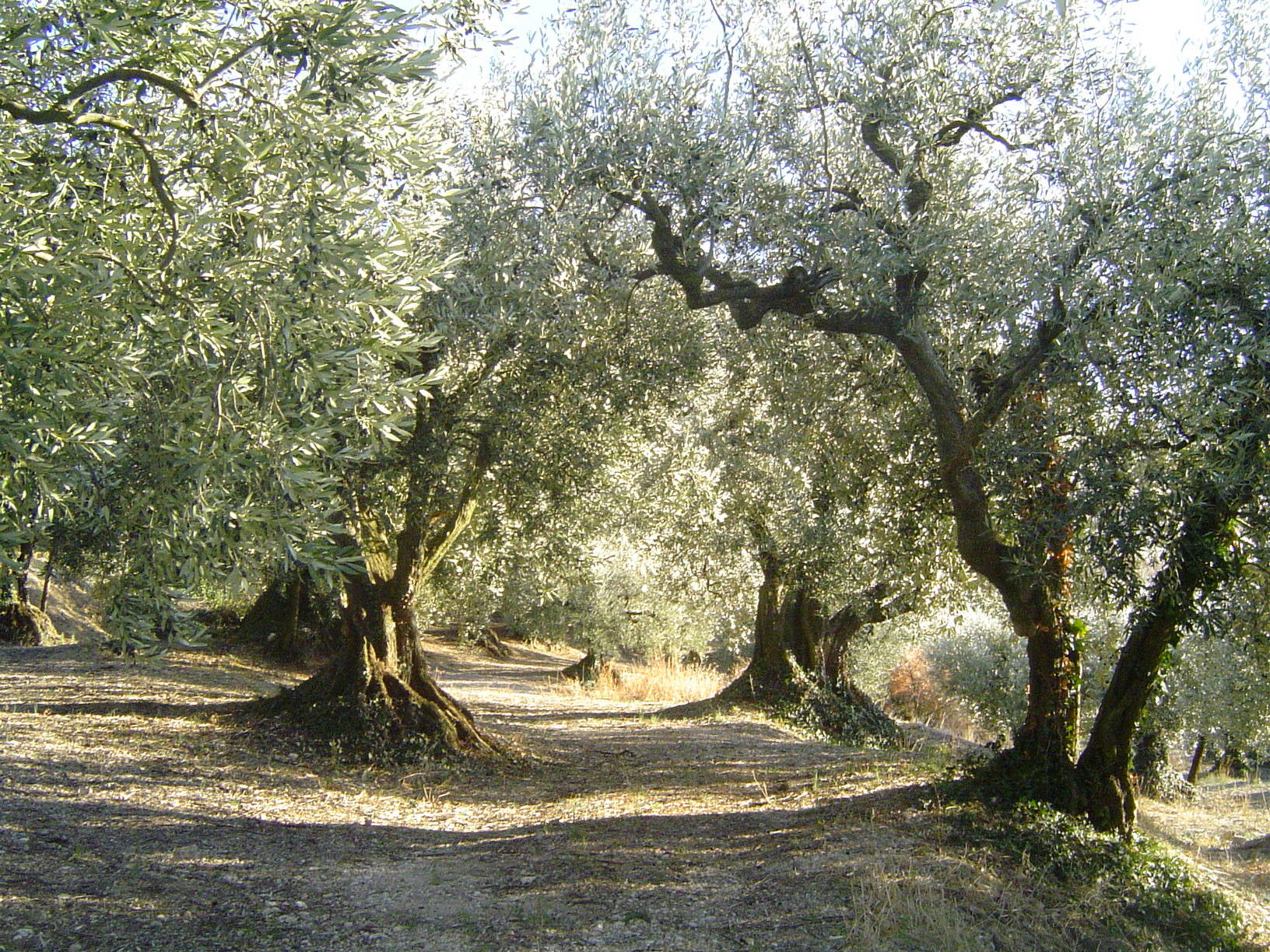 Maxime's tanche olive trees in the Drôme Provençale, many of which date back 100 years

His harvest begins in January, and is continuing in February as we speak, extraordinarily late for olives. The nature of the fruit at this point is essentially over-ripe; so fragile that only hand-harvest is possible and one arduous enough to put grape harvest in the shade. Although the quality remains extremely high, this year the crop will be small: a significant percentage of Maxime’s fruit have been attacked by the olive fly, la mouche, which is becoming more and more of a problem in the region for farmers like Maxime who work naturally. The olives will then be cured in either a salt brine or simply in salt. No lye. During the season of harvest, olives picqués (pricked olives) appear in the markets, essentially a fresh olive which has been cured in layers of salt over several days. These don’t keep, so you’ll only find them in the villages local to the harvests.

Maxime uses a 10% salt brine which is gauged so that the salt flavours don’t overwhelm the flavours of the fruit. Just as with any ageing or maturation process, the olive transforms over its cure, a six month process during which the salt penetrates the olive by osmosis, drawing bitterness out into the water. Its final flavours are settled during this time, although not fixed—because unlike a commercial olive, Maxime’s olives are left raw and ‘alive’ in their lactic ferment, whose aliveness is noticeable for a white flor which may develop on the surface of the brine. Although this kind of aesthetic would be a disaster in a supermarket it is a sign that that only are the olives still changing in their bucket, or in your fridge, but they are full of all their nutritional goodness, too: monounsaturated fats, vitamin E, antioxidants, polyphenols, protein, oleic acid and oleuropein.

Olives are a huge global market and something that we are likely to consume with little thought on a regular basis. Increasingly, even modern processing methods such as lye are being outpaced by techniques such as ultrasound, taking a natural process even further away from its roots. Supporting farmers like Maxime who continue to practice the old methods, with the associated higher labour, uncertainty and costs is crucial to ensure this ancient history remains vital. 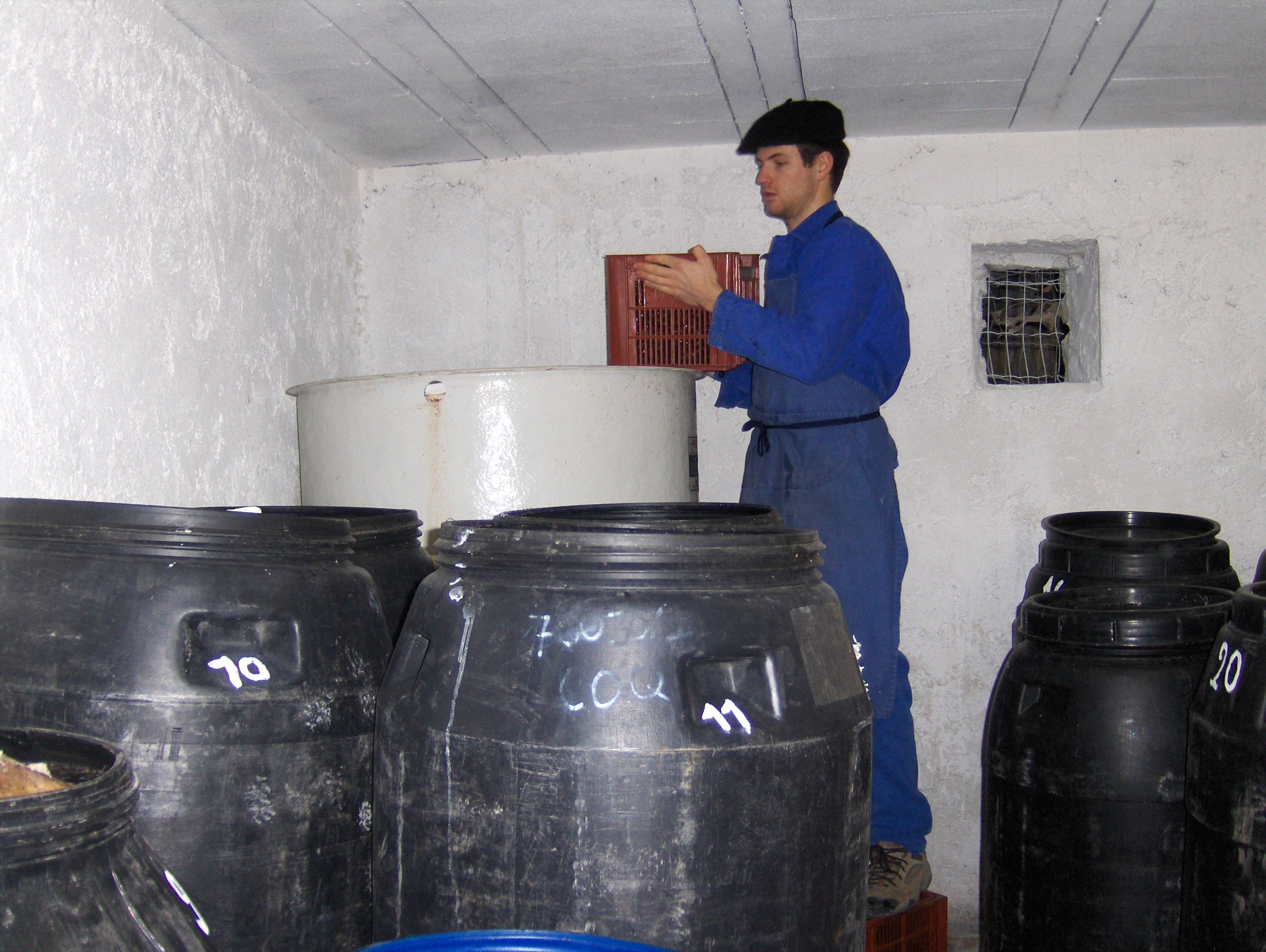